Jack Henry is a technology company and payment processing service providing community and regional financial institutions with a wide offering of capabilities. In 2022, Jack Henry’s two proprietary annual events, JAC and SEC, were combined to create the capstone Jack Henry Connect. The goal was for Jack Henry to showcase the new branding and introduce three featured products in a captivating way that would stimulate attendee interaction and conversation.

Jack Henry Connect included substantial programming throughout the course of the show days. This included an opening ceremony, guest speakers, and a trade show hall with multiple exhibitors and attendees from around the world. 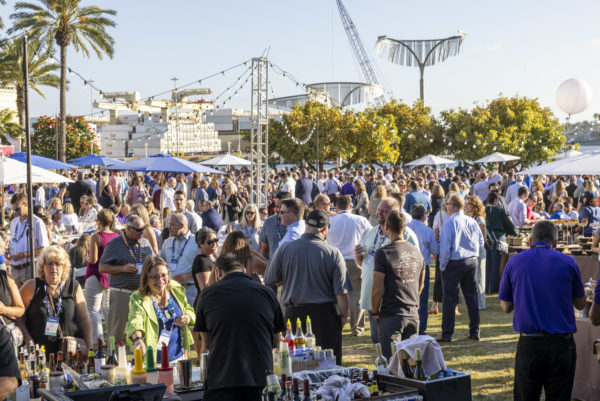 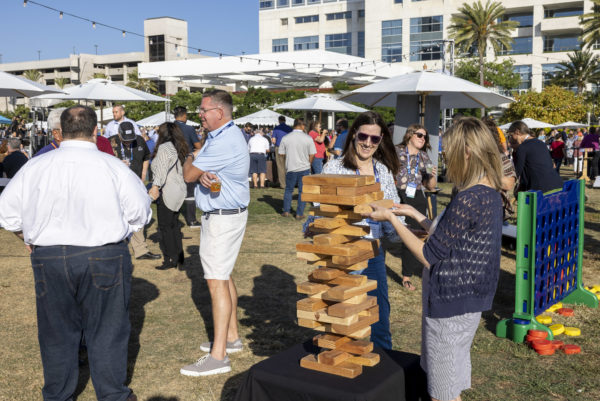 On the trade show floor, the Jack Henry exhibit served as the epicenter of the show hall. Jack Henry partnered with Hamilton to create a new exhibit that would reflect the company’s new branding refresh to stand out as the event host on the trade show floor. Jack Henry wanted a modular exhibit design with components that could be reconfigured for smaller shows, encouraging less focus on architecture and a heavier emphasis on digital aspects.

Jack Henry’s new branding heavily influenced the event and exhibit design, incorporating their signature navy and complementary shades of blue throughout the space. For the Jack Henry exhibit, their logos were strategically positioned on all sides of the space, immersing attendees into their all-encompassing brand before entering. The exhibit’s rectangular shape allowed for easy attendee navigation and interaction with Jack Henry ambassadors. The exhibit consisted of a presentation area, multiple workstations, and two conference rooms. The conference rooms were located at the back of the exhibit, one was utilized for meetings and the other to record podcasts promoting Jack Henry’s internal website.

Previously, Jack Henry’s exhibit kiosks featured a singular product demonstration. For Jack Henry Connect, every workstation was multifunctional, enabling attendees to access various product information from any kiosk in the space. Hamilton created a design that ensures a quick and easy exhibit setup, including a shift to all ground-supported elements and utilizing lighter printed graphics. Touchscreens and video walls were added to the design, and a large presentation wall created space for Jack Henry ambassadors to host impromptu presentations. Jack Henry’s exhibit design was modern, sophisticated, and inviting, utilizing clean architectural lines and a lot of LED and accent lighting. Overall, the design of Jack Henry’s 2022 exhibit was very user-friendly and simplified traffic flow.

Jack Henry Connect was a huge success! Attendees were engaged and enthusiastic throughout the course of the show. On the show hall, attendees could easily navigate the exhibit and utilize the multifunctional kiosks to find all Jack Henry product information and demonstrations. Jack Henry ambassadors received significant positive feedback as the many exhibit improvements created an enhanced exhibitor and attendee experience. The experience streamlined and supported Jack henry’s new branding while keeping attendees in the space for an extended duration. 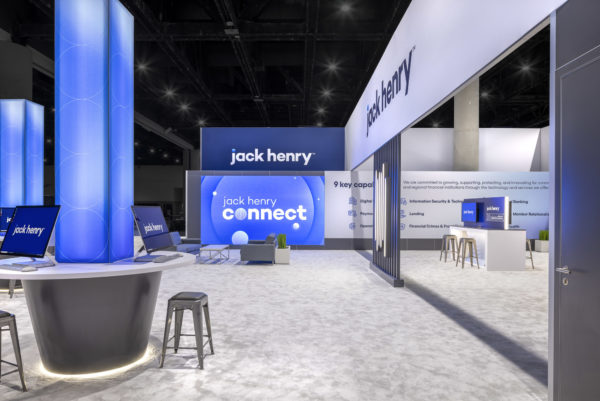 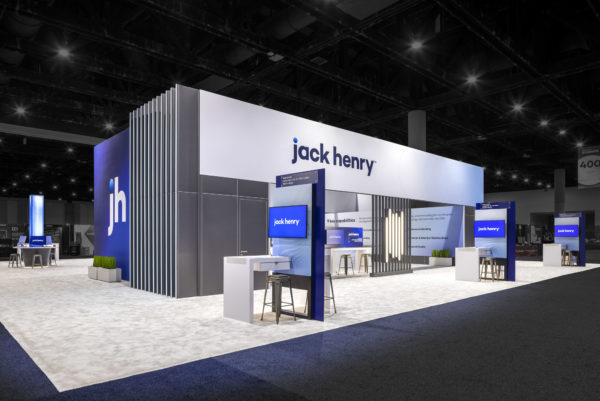 Let us help you brand your space.